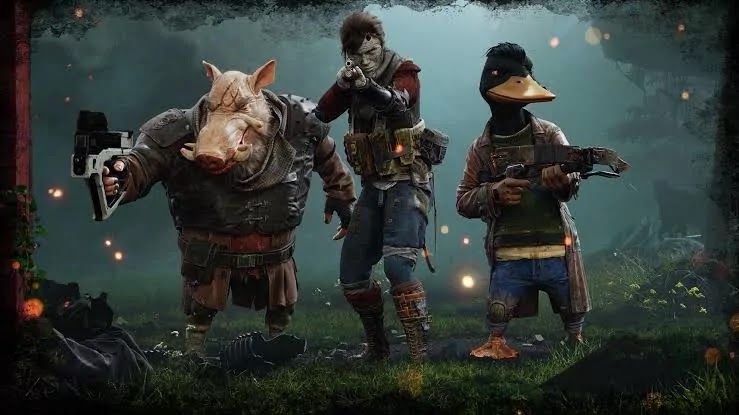 Note:-This game is available for free till December 23, 2021, at 09:30 PM.
EXPLORE A POST-HUMAN EARTH
From a team including former designers of HITMAN and PAYDAY comes Mutant Year Zero: Road to Eden, a tactical game that combines the turn-based combat of XCOM with real-time stealth and exploration of a post-human world reclaimed by nature… and Mutants.
Of course the world ends.
Now it’s over and the Earth is still. Nature has invaded ruined cities. Wind sweeps through empty streets, turned into graveyards.
The humans are all gone. Scavenging through the remains ofcivilization are the Mutants, deformed humanoids and animals alike, searching for salvation or just something to eat. To survive, you and your companions must venture out to explore the Zone.
TACTICAL COMBAT
Mutant Year Zero: Road to Eden is the ultimate fix for your tactical strategy addiction. Dive into a deep, turn-based, tactical combat system inspired by the XCOM games.
EXPLORE A POST-HUMAN EARTH
Journey through a post-human world of abandoned cities, crumbling highways, and overgrown countryside. Check back at the Ark, a neon-bathed oasisof ill repute and questionable characters, to restock your supplies and plan out your next adventure.
CONTROL A TEAM OF MUTANTS
A duck with an attitude problem and a boar with anger issues; these aren’t your typical heroes. Get to know Dux, Bormin, Selma, and many other characters each with their own unique personality and deranged perspective on the world and their situation.
MASTER THE STEALTHY APPROACH
Sneak through shadows to avoid conflict or to catch enemies unaware. Real-time stealth allows you full control of approach: sneak into an enemy camp, position the team of Mutants to your advantage, and gain the element of surprise.
UNLOCK MUTATIONS
Unlock new mutations and abilities for your Mutants, such as Selma’s grasping vines, Bormin’s Charge, and Dux‘ uncanny ability to sneak into a camp full of enemies unnoticed, despite being a 4-foot tall walking, talking duck with a crossbow.
DYNAMIC ENVIRONMENT
Use the environment to your advantage. Stay out of floodlights, hide from line of sight, or just blast down fully destructible walls and buildings and wreak utter havoc.
LOOT, LOOT EVERYWHERE
From makeshift slingshots to high-powered rifles and top hats to police vests, make sure you equip your Mutants for the dangers ahead. Nothing says post-human quite like a mutated boar in spiked metal armor charging at you with a blunderbuss in his hands.
Specifications:-
WINDOWS
Minimum
OS-Windows 7 64 Bit/ Windows 8 64 Bit/ Windows 10 64 Bit
Processor-Intel Core i5-760 / AMD Phenom II X4 965
Memory-6 GB RAM
Graphics-NVidia GTX 580 / AMD Radeon HD 7870
Direct X-Version 11
Storage-8 GB available space
Languages Supported
English, Spanish, French, Italian, German, Simplified Chinese, Polish, Brazilian, Portuguese, Russian
The process to get:-
Visit Mutant Year Zero: Road to Eden giveaway page
Click on Get.
Log in to your Epic Game Store account. Click on Place order.
On successful order, you will get a receipt in your email. Download Epic Game Launcher, install it on your computer to access your game.
Enjoy…