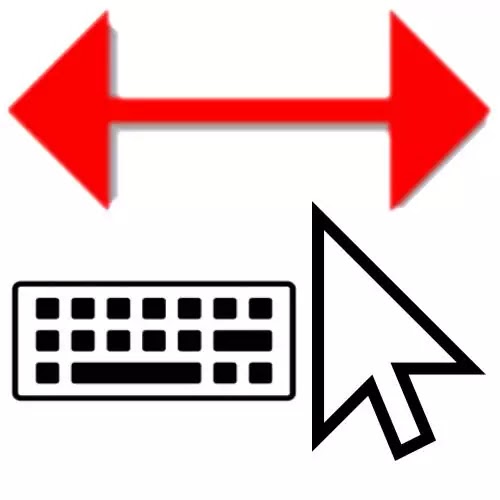 This program makes it much easier to work on 2 or 3 computers at the same time. Typically by connecting your desktop with your laptop or giving good use to your old computer/laptop.
Compared to similar other programs this program has much smoother and responsive mouse movements, much higher data transfer rates, and does enable you to share windows on the screen of the other computers.
Features:-
Connecting 2 or 3 computers.
First, you need to assign a server role to one computer and a client role to the others. The server is typically the computer that is in the middle because only the server can have 2 connections at the same time.
The server computer will display one or more IP addresses. Typically the first address is the active Wi-Fi or Ethernet connection. Enter this address on the client computer and press connect. On the server, there will appear a confirmation box asking if it is ok to connect. When you allow the connection the client computer will be remembered on the server so next time you will not need to reconfirm the connection. You can also select auto to connect so next time you start up the connection will be made directly.
Moving the mouse between the computers.
Now you need to specify on which side each computer is so you can smoothly move the mouse cursor between the 2 or 3 screens. To avoid accidentally moving the cursor to the other screen only the center of the left and right border acts as a portal to the other screen, you can specify how big this area is.
To make it obvious on which computer you are working the inactive screen can be greyed out. The amount of grey you can also specify. Also, the keyboard input will follow where the mouse is.
Sharing the clipboard and transferring files.
When you move the mouse to the other computer also the clipboard contents will be transferred to the other computer. To avoid accidental long clipboard transfers the maximum amount of clipboard data that can be transferred can be specified. For example, if you often need to transfer 4k screenshots you will need to set this limit to 40MB or higher. The maximum clipboard limit is 250MB. Also, you can allowed transferring custom clipboard formats. This is not guaranteed to work since some programs that use custom clipboard formats only accept these from their own programs even if the content is correct.
There is no limit on the number of files you can transfer.
When you have copied files or folders in the clipboard then when you switch to the other computer immediately a save dialog box will appear allowing you to select the destination folder.
This program will never delete the source files so if you intend of moving the files rather than copying them then you will have to delete them yourself after a successful copy.
Before copying you might need to select the correct action specifying what happens when there are already files with the same name in the destination folder.
Sharing windows.
In the Pro version, it is possible to display a program window on the screen of the other computer. For this, you will need to specify the hotkey for either moving it to the left screen or the right screen.
Press the hotkey while you have the specific window active and it will appear on the other screen. It will be scaled correctly according to screen size and resolution.
If you want to change the scaling you can simply change the screen size. While you are changing the screen size value all shared windows will return to the original computer.
It has some limitations: Dialog boxes, menus, or popup menus don’t show because there are separate windows that only appear on the original computer. Some elements like scrollbars will not react to mouse clicks.
You can still resize the window. If you want to move the shared window you need to grab it by the top left corner because the rest of the title bar is not active!
There are 3 overlay buttons in the top right corner that work like usual except the close button will not end the program but send it back to the original computer.
The refresh rate of the shared window will dynamically shift between 20fps and 3fps depending on how many changes are happening. This is to avoid using too much network bandwidth. In general, this method of sharing windows instead of having remote displays over the network will use much less bandwidth and CPU time.
Security.
You don’t need to worry that this program opens up your computer to hackers. First of all only connections can be made to your server and only from a computer that is on your local network. Second of all when a connection attempt is made it shows the IP address and computer name so you can check before allowing the connection.
Software:-
Download Link – GiMeSpace Keyboard & Mouse Share v1.0.1
Activation code: 64920482686897
Install and activate it with the activation code provided above.
Enjoy…