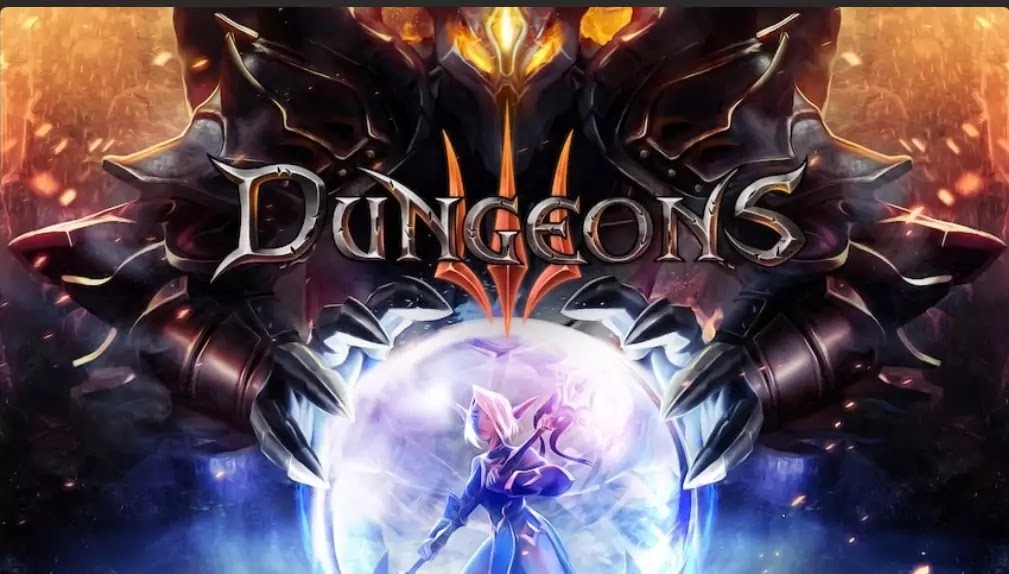 Note:-This game is available for free till Nov 12 at 09:30 PM.
Dungeons 3
Through enticing the dark elf priestess Thalya from the fluffy clutches of the surface world to become his chief lieutenant, the Dungeon Lord has found a way to direct his campaign of conquest from the confines of his underground lair. With Thalya on the front line, and the united forces of evil to support her, players will have to use every trick in the book to best those do-gooders of the overworld, once and for all!
Unleash your dark side by creating a unique underground dungeon from a huge array of rooms, traps, and structures. Raise the most terrifying army the world has ever seen, by choosing from despicable creatures such as orcs, succubae, zombies, and much, much more. Then, once you have built your forces, emerge from the darkness and guide your army to the light of the overworld, where you will corrupt the land and dispatch anything even vaguely heroic, cute, or unicorn-shaped.
And in a first for the Dungeons series, experience randomly generated levels, so that no two sessions are alike – never-ending fun for any evil conqueror!
Features:
The biggest, best, and evil-est dungeon sim yet, topped off with a fully reworked overworld RTS mode.
Under new management: Command the united forces of evil under the guidance of new character Thalya and lead them to victory.
Size does matter: Extensive single-player campaign with 20 missions and more than 20 hours of playtime, randomly generated levels, a brand new co-op mode for two players, more rooms, and more unique abilities.
Speak no evil: The fan-favorite Dungeons narrator is back with his unmistakable voice, continuing the Dungeons legacy in the best way possible.
Specifications:-
WINDOWS
Minimum
OS-Windows 7 64-bit
Processor-Intel Quad Core 2.8 GHz (i7 900 series) or 3.5 GHz AMD (FX 6000 series)
Memory-4GB RAM
Storage-5
Direct X-Version 11
Graphics-AMD/NVIDIA, with at least 1024MB of dedicated VRAM & Shader Model 5.0 support (AMD Radeon HD 7000 series, NVIDIA GeForce GTX 600 series)
Recommended
OS-Windows 10 64-bit
Processor-Quad core 3.5 GHz or higher (Intel i5 4000 Series / AMD Ryzen 3 Series)
Memory-8GB RAM
Storage-5
Direct X-Version 11
Graphics-AMD/NVIDIA, with at least 3072MB of dedicated VRAM & Shader Model 5.0 support (AMD R9 300 Series & NVIDIA GeForce GTX 900 Series or better)
Logins-Requires Epic Games account
Languages Supported
Audio: English, German, French, Russian, Italian, Spanish – SpainText: Chinese – Simplified, Czech, French, German, Italian, Russian, Spanish – Spain, English, Japanese.
The process to get:-
Visit the Link
Click on Get.
Log in to your Epic Game Store account. Click on Place order.
On successful order, you will get a receipt in your email.
Download Epic Game Launcher, install it on your computer to access your game.
Enjoy……